Alem Huseinovic Heats Up In The Spring 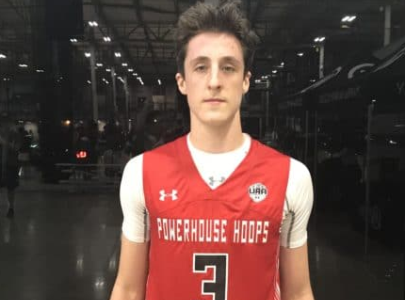 The spring evaluation period has been an amazing one for Chaparral High School's sharp-shooting 6-foot-3, 180-pound junior combo-guard prospect Alem Huseinovic.  After a very good performance during his junior season, Huseinovic has seen his college recruitment take shape and go to completely another level for himself.  This spring, he received two nice division-I offers for himself.

Huseinovic has been one of the state's hottest prospects this spring, as he has seen his college recruitment climb to another level with strong play during the spring circuit.  While playing for a talented Power House Hoops 17U team that has numerous division-I prospects in the group, he has benefited a great deal from the team's performance and style of play.

Huseinovic made quite the impression in his ability to play the game, and as a result, he has received offers from the University of Nevada and also UC-Riverside.  Both offers are tremendous for Huseinovic, who did not have a division-I offer to his credit before he received such recruitment.   As a result of such tremendous recruitment as of late, look for his recruiting interest to only continue to develop over the summer.

Huseinovic had a very good junior season, while helping lead his high school program to a 22-8 overall record on the season.  He averaged 12.6 points and 3 assists per/game on the season, as Chaparral finished as state runner-ups for the 6A State Championship.

Alem is a very intriguing prospect that has a very good skill level and shoots the basketball with excellent range.  He is able to play both guard positions on the floor, and he competes hard on both ends of the court.  He is a very attractive prospect for a college program in need of perimeter shooting.

I will continue to follow the recruitment of Huseinovic closely this spring, and bring you more updates as they continue to develop.

Arizona Hoop Review Scouting Report:  Alem is a very intriguing prospect who is coming off a very good high school season, and is off to a strong start this club season.  Alem is a very skilled and high IQ player that matches that with good athleticism and size. Alem shoots the ball at a very high level, but is also very crafty when it comes to creating off the bounce or finishing at the rim. He can play on or off the ball but really excels off the ball, where he can cut and get to his spots on the floor, where he can get his shot off.  He competes hard on both ends of the floor and never takes plays off. Look for his stock to really rise as the summer moves along, as he is already off to a really strong start.