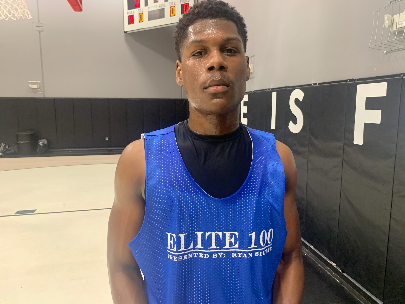 AZ Compass Prep 6-foot-6 junior wing AJ Storr is a big-time talent and had an excellent junior season, after moving from Nevada's Bishop Gorman Catholic High School to AZ Compass Prep during the COVID-stricken high school season. Already considered among the top overall prospects in the 2022 Class among prospects in the West, Storr decided to move to Arizona for an opportunity to play this season. As a result of his move, he would come up big down the stretch for Compass in their quest to win a Grind Session National Championship and a GEICO National Championship, as the talented prospect would hit numerous big shots for the Compass program.

While Storr still has an offer on the table from Illinois, he now has also received numerous other high-major offers from Oklahoma, LSU, Creighton and DePaul, with many other schools looking to get involved. Storr has not indicated a new leader in his college recruitment, but Illinois still looks to be heavily involved with the Chicago-native.

This fall, before deciding to change high schools and come to Arizona, Storr was one of the elite prospects that I scouted in my many trips abroad the West Coast, in numerous events that I observed. Storr is a serious athletic talent with a college-ready body and next-level athleticism. He has excellent versatility and can play as a 2 or 3 on the floor, as a result of his excellent skillset. A very skilled wing prospect with a very good shooting stroke and a nice handle of the basketball. He is a good creator off the dribble and is a very strong finisher around the basket, as a result of his nice bounce off the floor and excellent physical strength. He has very good size for the wing position and versatility. He is a strong rebounder as a perimeter player, and showed this season that he will do whatever it takes to help his team win - sacrificing himself and his personal stats for the betterment of the team. He is also a good passer that sees the floor and can create scoring opportunities for himself and others. He competes hard and is a winner.

This season was very beneficial for Storr, who may have not had a season at all, had he stayed in Nevada, but his sacrifice to make the move to Compass Prep, turned in big dividends for him, as he gave excellent support and depth to the Compass program that was loaded with talent. Storr stayed game-ready all season, and when it was his time to shine, he consistently delivered.

One of our elite prospects in Arizona's 2022 Class, I expect Storr's recruitment to continue to soar this summer, as college coaches get back out on the road and catch a glimpse of his unique level of talent. This young man is on the rise and should be an immediate contributor at the collegiate level.

I will continue to follow his college recruitment closely, and bring you any recruiting updates on him as they continue to develop.