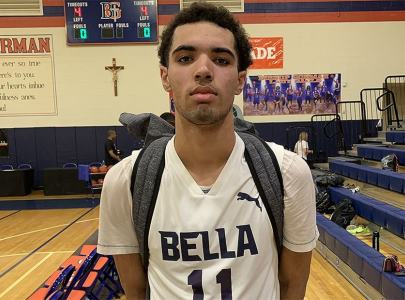 In more very exciting recent recruiting news, another one of the elite prospects in America's 2020 Class has made the decision to leave the 2020 Class and jump up to the 2019 Class, after Bella Vista Prep's 6-foot-7, 195-pound rising senior guard/forward Addison Patterson recently made his college decision, and liked the program enough to play for them this college season.

Recently, Patterson gave a verbal pledge to the University of Oregon and Head Coach Dana Altman and his basketball staff. After looking over the roster for the Ducks for this season, and also considering his options for prep school, Patterson decided that the best move for him would be to move to the collegiate ranks now - skipping his senior season of high school basketball.

Patterson would have been a tremendous commitment and get for the Oregon Ducks program as a member of the nation's 2020 Class, and so now he will look to make just as much of an impact with the basketball program this season as a member now of the 2019 Class.

Patterson elected to commit to Oregon over many other high-major offers from such schools as Memphis, Florida, Iowa, Ole Miss, Oklahoma, Oregon State, Illinois, USC, Syracuse and Arizona State.

A native of Milton, Canada, Patterson came to Bella Vista Prep last season, and helped the program win a Grind Session National Championship. After the Bella Vista Prep program made significant changes to their basketball program this summer, Patterson looked over his options for this season and decided that the opportunity to play for the University of Oregon this season in the PAC-12 Conference was just too much to pass up.

Patterson is a big-time individual talent that makes a difference on any team that he competes for, so the opportunity to add him to a roster is very intriguing and exciting for any college program. Patterson's versatility allows him to make teams better.

Arizona's 2020 class, which was once absolutely loaded with top-rated national talent, now has taken a significant hit as Robinson and Bella Vista's Addison Patterson (University of Oregon) have both decided to change to the 2019 Class. Hillcrest Prep's Kyree Walker has also considered such a move as well, but currently Walker has not indicated that he will go to college, but looks to be staying put at Hillcrest for his senior season.

Arizona Hoop Review Scouting Report: Patterson is an athletic and skilled wing prospect that is able to plays as a guard or as a wing. He compliments his elite athleticism with the ability to make plays.  Patterson can score from all three levels, but he is the most dangerous when attacking the rim and creating offense for himself or his teammates.  He is a good shooter of the basketball with three-point range and consistency, although he still needs to add more range on his shot for the collegiate level. He is a very good mid-range player that operates in the mid-range and is a strong finisher at the rim. A very good slasher and finisher in the lane. Strong finisher in transition where he can use his speed and killing ability.  Patterson is a very good passer and also possesses a good basketball IQ.  Patterson has a good motor on both ends of the floor and rebounds at a high level for a guard.  He competes hard defensively and plays with great energy. Patterson is currently ranked among the nation's elite in the 2020 Class, and has a very bright future ahead of him.