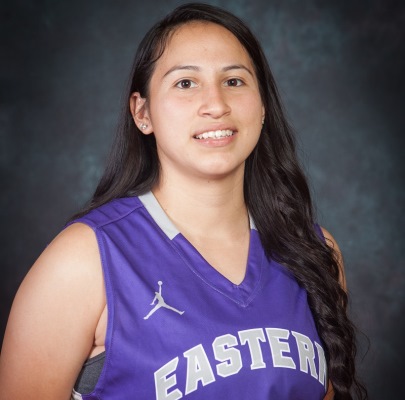 Eastern Arizona's Veronica Preciado averaged 21.5 points, 3 rebounds and 2 steals per/game - helping the Gila Monsters to wins over Chandler-Gilbert JC and Central Arizona JC last week.  Preciado has won this honor numerous times this year, and is having an excellent season.