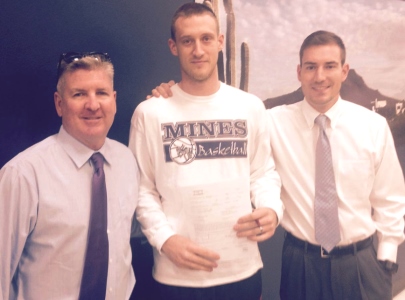 Ben Gershman le(Colorado School of Mines signee) led the Aztecs to a 2-0 record this past week with wins at Eastern Arizona and Cochise College.  Against Eastern, Gershman recorded an eye-popping 45 points and 22 rebounds - shooting 64% from the field and 86% from the free throw line.  This is Gershman's second ACCAC Player of the Week Award.