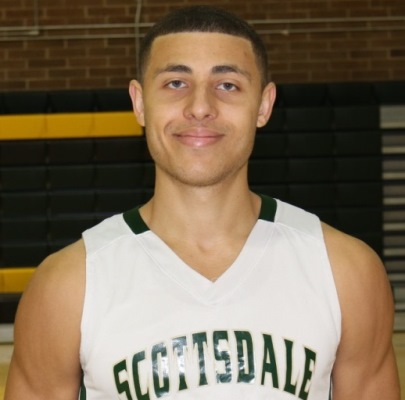 The 2016-2017 junior college basketball season in the Arizona Community College Athletic Conference (ACCAC) is now underway, and in full swing.  Arizona Western is back in sole first place among division-I schools @ 12-3, while Phoenix College (12-3) is also currently in sole first place for division-II schools.

Here are this week’s Players of the Week in men’s basketball in the conference.  . . .

Daryl Adams averaged 15 points, 4 rebounds and 2 assists per contest - leading Arizona Western to two crucial wins in ACCAC league play this past week. With their wins, the Matadors are now tied for the conference lead with a 12-3 record.

Isaiah Easaw led Scottsdale to an ACCAC league split this past week - averaging 27.5 points, 7.5 rebounds, 5 assists and 1.5 steals per contest. On the week, Easaw buried 8 of his 15 3-point shot attempts for the Fighting Artichokes.