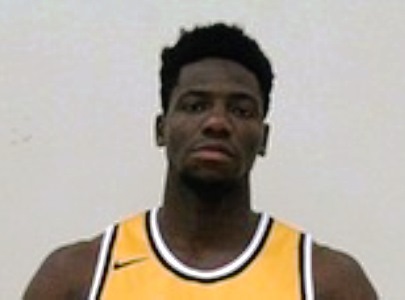 The 2016-2017 junior college basketball season in the Arizona Community College Athletic Conference (ACCAC) is now underway, and in full swing.  Cochise and Arizona Western are both tied for first place among division-I schools @ 15-5, while Phoenix College (16-4) remains in sole first place for division-II schools, and has the best record overall in the conference.

Here are this week’s Players of the Week in men’s basketball in the conference.  . . .

Central Arizona Junior College post player Simon Okolue averaged 12 points, 11 rebounds and 2.5 blocks in leading Central Arizona to two ACCAC league wins last week.  On the week, Okolue made 10 of 16 shots (63%) from the field.  In league play, Okolue is shooting nearly 61% from the field for the Vaqueros.

Rashaad Goolsby led Phoenix College to two wins this past week - averaging 15.5 points and 9.5 rebounds per game.  Goolsby's week included a 20-point, 11-rebound performance in Phoenix's win against #20 nationally ranked Pima JC.  Goolsby connected on 14 of his 26 field goal attempts during the week, as the Bears improved to a league leading 15-4 mark.