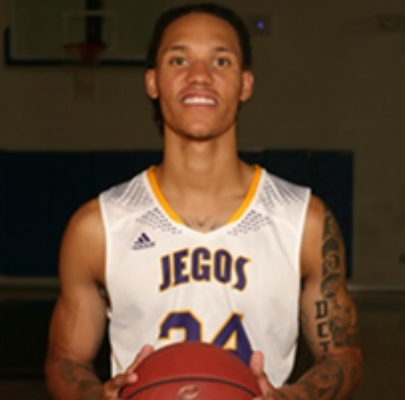 The 2016-2017 junior college basketball season in the Arizona Community College Athletic Conference (ACCAC) is now underway, and in full swing.  Here are this week’s Players of the Week in men’s basketball in the conference . . .

MCC's Austin Denham scored 25 points, grabbed 5 rebounds and dished out 3 assists in Mesa's hard fought victory over South Mountain JC.  Overall, Denham made 10 of his 17 field-goal attempts, including 5 of his 10 3-point attempts.  Mesa is currently undefeated on the season standing at 5-0.

Taveon Jackson filled the stat sheet this past week scoring 29 points, grabbing 14 rebounds and dishing out 3 assists in leading Tohono O'Odham to a road victory over Pima JC.  He also added one steal and two blocks in the leading the Jegos to their 3rd victory of the season.