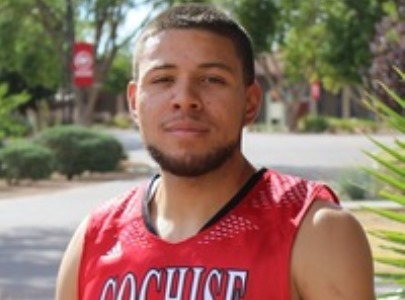 With the junior college season now over, there are many awards nationally and regionally that are being handed out.  Several members of the Arizona Community College Athletic Conference (ACCAC) have received honors nationally.

Leading the way for the ACCAC is Cochise College 6-foot-6 sophomore forward Chaz Mack (Cornell University commit), who was selected as a 2nd-Team All-Amercian by the NJCAA.  Mack had a terrific sophomore season for himself, after ranking among the league leaders in the conference in scoring and rebounding.  Mack also gave a recent verbal commitment to Cornell University - a major accomplishment for Mack.

Also for the ACCAC from the Division-II ranks, Phoenix College 6-foot-6 sophomore forward Rashaad Goolsby, who was also selected as the conference's Player of the Year this season, was selected as a member of the NJCAA's First-Team All-American Team.  Goolsby ranked among the league leaders this season in scoring and rebounding, and had a terrific season while leading his Phoenix College program to the top of the league standings.