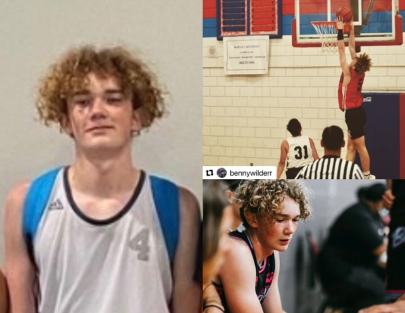 Basketball in Northern Arizona continues to grow and there are numerous prospects in the area that college programs need to know about. One of these prospects is Bradshaw Mountain High School's hard-working and skilled 6-foot-5, 180-pound junior forward Ben Wilder. Wilder is a lesser known prospect in Arizona's 2023 Class, but is a talented prospect with promise for the future, and one of the top overall prospects in Northern Arizona.

Wilder is a rising top performer in the Northern Arizona area. After a introductory sophomore season last year, Wilder will have a breakout season this year as a junior, and off to an excellent start - averaging 16 points and 6 rebounds per/game this season as a junior. Wilder has led his Bradshaw Mountain to a 2-2 overall record thus far this season. After dropping their first two games of the high school season, Bradshaw Mountain has won their last (2) games, including a local war on Friday night against rival Prescott High School (55-45). In the victory, Wilder came up big for his team down the stretch - making a three-pointer late to help pull out the win.

As a college prospect, Wilder is a nice recruiting target for a smaller college program. Still a junior, this season will be a big one for Wilder, as he positions himself for a big spring and summer in 2022. He will surely have a big senior season next year, but he has become one of the better 2023 prospects in the state.

Wilder is a tough, hard-nosed wing prospect with a good overall skillset. He is a good shooter of the basketball with range on his shot - able to make shots from three-point distance with good consistency, and also has a good mid-range game, which allows him to make plays off the dribble and around defenders. He can score inside and out, and also is able to post up smaller defenders and finish strong around the basket. A good athlete, Wilder runs the floor hard and is a good finisher in the open floor, as well as in the half-court set. This young man is a strong rebounder for his size and plays with a mean streak in him, as he competes at a high level. He is also a good defender that plays passing lanes and takes pride on the defensive end.

Wilder has very good versatility as a player, and is able to play several positions on the floor for his Bradshaw team. As he matures and continues to develop, his best position will be as a wing in college. He has good size and athleticism, and is still growing so he could get another inch over the next year in height, and as he continues to get stronger he will see his game develop even further.

Bradshaw Mountain should have a really good season in the state's 4A Division this season, and will have an excellent chance to win their Grand Canyon Region this season. Ben Wilder will be the catalyst for their team this season, and will look to build on the breakout junior season that he is currently having. Wilder is a definite sleeper prospect in Northern Arizona and one of the better prospects in Arizona's 2023 Class.