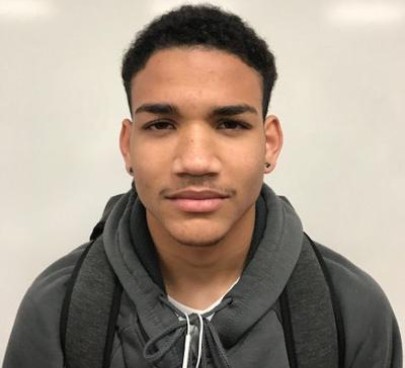 Malik recently told me that one of his proudest moments was being selected to the All-State Team, and that he was also recognized as having the highest English scores in his class. I find it impressive that he prides himself as a student first, and an athlete second.  It's good to see such a prominent athlete staying dedicated to his education as well.

Malik is a huge Lakers fan, but surprisingly his favorite player is Damian Lillard (Portland Trailblazers).  The Lakers' fan in him, undoubtedly passed down to him by his father, Jerome Payton, who was also a tough ballplayer coming up.

Malik had solid numbers last season with 18.1 points, 3.1 assists, 5.8 rebounds, 2.7 steals and 1.1 blocks per/game as a junior. At 6-foot-1 in height, Malik is deceptively longer on the court, as his reach is much more like 6-foot-6. He's evolved into a leader over the last couple seasons, since stepping up and into the starting role.  Malik carries a chill, but confident swag to him, and is super icy under pressure and is ALWAYS ready and expecting to step up in games.

Malik is going to undoubtedly look to make a statement this season - always looking to catch a body on any defender that's confident enough to meet him at the rim, or wobble a defender's legs if they choose to D up on the perimeter.

Malik has recently been working with Hillcrest Prep's Chris Hurst on skill development, to further gain next level skills. Several colleges have already been calling him, and more interest will be growing.

I can say I'll be at some of the Florence games this season, keeping an eye on Malik, as well as a couple of his teammates.