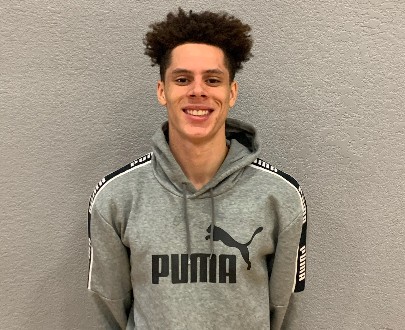 Northern Arizona is often forget about when it comes to top-rated basketball prospects, but the region has had it's share of basketball talent over the years. One prospect in the area that has soared well below the recruiting radar is Bradshaw Mountain 6-foot senior point guard Carter John. While not residing closer to the Phoenix area, John is a serious basketball talent that has absolutely destroyed defenses, and been a handful for the competition in Northern Arizona. This young man is one talented prospect that college coaches need to take notice of quickly.

John is another casualty of the COVID-19 pandemic, as he missed his most important spring and summer of his high school career, and would have been able to showcase his unique level of talent among college programs, of all different levels. Instead, John has continued to work on his game, but without many people noticing his skill-set and attributes for playing the game.

Last season as a junior, John averaged 15.3 points and 3.7 rebounds per/contest, but this early season, John is off to a terrific start - pouring in staggering numbers, 25 points, 7 rebounds and 2 assists per/game. John is on fire and set to have a huge senior season for his program. Bradshaw Mountain is currently 1-0 on the season, after a big 67-50 win over rival Prescott High School.

John is a very athletic guard prospect with a strong handle of the basketball and a nice overall feel for the game. He can play both guard positions on the floor, and can run your team, while also providing strong scoring from the guard position. A very good shooter of the basketball with consistency and excellent range on his shot. He also has a nice mid-range game, and can get into the lane and finish strong at the rim. He is crafty in his approach to the game as well, and is an old-spirit, mature beyond his years as an individual. He is a good passer that sees the floor, but enjoys scoring the basketball. He will become much more of a facilitator at the ollege levels, especially with better players around him.

Carter John is a unique talent for Northern Arizona, as he loves the game and plays with a high level of confidence in himself as a player, not backing down from any competition. This young man is worthy of serious college recruitment, but it will be difficult for him to gain recruiting interest without college coaches being able to see him perform, especially in an area of the state that is always under recruited anyway.

John is also a very good student and a full academic qualifier.

I will be keeping a very close eye on this young man, as he continues to torch the competition and puts up big numbers this high school season, and will bring you any recruiting updates as they continue to develop.