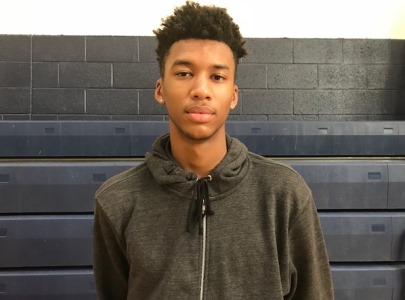 Arizona's 2020 class is absolutely loaded with top-rated national talent already, and the class looks to have just gotten much stronger and deeper with the transfer of 6-foot-9 sophomore Shon Robinson to the state.  After emerging as a top-rated national prospect last season in Chicago, Illinois, Robinson now resides in Arizona at Higley High School and immediately becomes one of the elite young prospects in the West.

Robinson played at Morgan Park High School in Chicago last season, before moving to the state of Arizona recently.  He now joins an already loaded class of young prospects, while also joining top-rated national prospect Jason Harris at Higley High School - a school not known for producing top-rated basketball talent.  That will immediately change as Robinson and Harris will team up to create a dominant 1-2 punch for the program.

Robinson is a long, and lengthy combo-forward prospect that will likely develop into much more of a wing over the next several years of high school basketball.  He will see the majority of his playing time in the post until he matures physically, but he is a very talented and gifted performer that will give every opposing team this season major problems - especially when you consider that teams will have to focus on keeping him and Harris off the glass.  Robinson will see his time at the 4 and 5 positions, depending on when Harris is or isn't on the floor.  He has very good versatility as a player and is capable of scoring inside and out.  He is still very thin physically, so he may struggle at times against stronger, more physical post players, but they will need to be talented enough to really affect his production.  There are very few players in the state that will be able to make that happen - suggesting that Robinson will have a huge sophomore season in this state.

Robinson's length though allows him to block/change shots consistently, so he could have an impact similar to that of former Corona Del Sol and now Duke superstar standout post Marvin Bagley on the defensive end.  He is also very active on the floor, which allows him to impact shots anywhere near the paint, while also allowing him to rebound outside of his area on the floor.

Robinson also has good work ethic and works hard on his craft on his off time.  He has worked hard with former University of Oregon staff member Matt Zosel this fall - looking to develop his overall skill level and tighten up his offensive skillset.  Such hard work will suit him nicely over time.

Currently, Robinson already possesses offers from Florida State, DePaul, UTEP and Grand Canyon, but look for many more college programs to begin to offer this young man, as he is definitely an elite-high major division-I prospect over time.  It should become a flat-out bidding war for this young man over the next two years of high school.

I look forward to having Robinson now as part of a tremendous 2020 class in Arizona that already includes Kyree Walker (Arizona State commit), Jason Harris and, of course, Niko Mannion.  The state of Arizona is officially loaded with basketball talent!