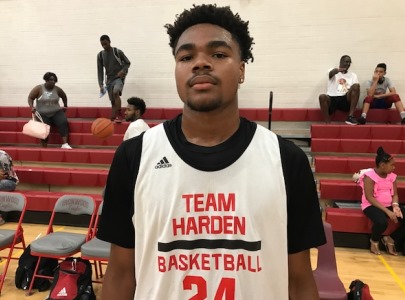 Shadow Mountain High School is the pride of the state of Arizona, and has been for some time - dominating the state's basketball competition consistently for numerous seasons now.  The defending 4A state champions, return one of the state's most talented teams again this season, led by the play of their superb, top-rated backcourt of juniors Jaelen House and Javon Blacksher.

Recently, the program received a transfer to the program that should seal their chances of winning another 4A state title this season.

A fellow 2019 prospect, 6-foot-3 junior guard Jalen Williams is now another superb talent for the Matadors, after the athletic 2/3 prospect decided to leave Brookside Christian High School in Stockton, CA, and transfer to Shadow Mountain HS. The addition of Williams to the Shadow Mountain program will now give the Matadors one of the most talented trio of guards in the country.

This up-and-coming high school basketball season will look a lot like last season, when House and Blacksher teamed up with terrific guard prospect Markus Shaver (University of Portland signee) to give them the best trio of guards in the West.  The addition of Williams to their team this season should be very similar, as House and Blacksher are both now a year older as well.

I caught my first glimpse of Willliams recently at the TR3 Hoop Summit, and was very impressed with this young man's extreme athleticism and level of physical maturity for a 2019 prospect.  Williams produced at a high level in the event's all-star game, and amidst some serious competition, which included such top-rated prospects as Kyree Walker (Arizona State commit) and Tevian Jones.

Williams immediately becomes one of the better 2019 prospects in the state, and I look forward to watching him the next two seasons, as he teams up with House and Blacksher to give Shadow Mountain two more consecutive 4A state titles before they each graduate and move on to their respective colleges.

While the state recently lost some players to transfers, the addition of Williams to the state, and also Tyrek Chambers at Desert Vista HS has improved the level of talent in the state immediately.  The level of players currently also that new local prep schools are attracting will take the state of Arizona to a new level in the near future.

Arizona Hoop Review Scouting Report:  Williams is another welcome addition to the state, as he is a serious division-I prospect with loads of athleticism and physical talent and will benefit the dynamic duo of Jaelen House and Javon Blacksher.  He is a big-time dunker in traffic or in the half-court set, which is  very impressive for his size.  Williams is a highly competitive and focused individual that wears his game face the entire game.  He is a good shooter with a nice left-handed shooting stroke.  He has some range on his shot as well, and is a very good mid-range player.  A good ball handler.  OK passer.  Active rebounder.  Excellent finisher.  An intriguing prospect.