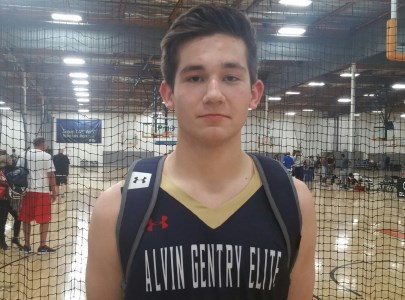 Another one of the top overall prospects in the state of Arizona is a member of a very talented 2019 Class of prospects.  Scottsdale Christian Academy 6-foot-8, 210-pound rising junior post Ethan Spry is a skilled and gifted young post prospect with a bright future ahead of him.

Spry is a member of Scottsdale Christian Academy, one of the better basketball programs in the state consistently over the past 20 years.  Under the quality leadership of long-time head coach Bob Fredericks, Spry has developed a great deal early in the process and has an advanced skill level, which will benefit him a great deal over time in his playing career.

Last high school season, Spry and his Scottsdale Christian team finished with a 17-9 overall record on the season - losing in the 2A state quarterfinals to eventual state champion Gilbert Christian.  As a sophomore, Spry would average 12.1 points and 6.3 rebounds per/game, while shooting an impressive 57% from the field on the season.

Spry is a skilled post prospect with excellent footwork around the basket, and an ability to score the basketball from inside and out.  He is at his best around the basket and from 15 feet and in, where he is able to make plays at the rim, while getting defenders off balance and scoring around and through his defenders.  He is very crafty inside the paint, and is able to score with either hand effectively around the basket.  As a result, Spry is also able to get to the free-throw line quite often, where he is also a good free-throw shooter.  Spry is a good shooter of the basketball also out to three-point distance, but he is at his best from mid-range.

Spry is a good low-post defender, and is also able to defend players on the perimeter, as needed.  He will see his time at the collegiate level as a four-man and will have a bright future ahead of him.

I will continue to follow the recruitment and development of Spry over the next two years, and look forward to watching him progress as a player.

Spry will travel this July with his club program, Alvin Gentry Elite to several exposure events in the Mid-West and East Coast.