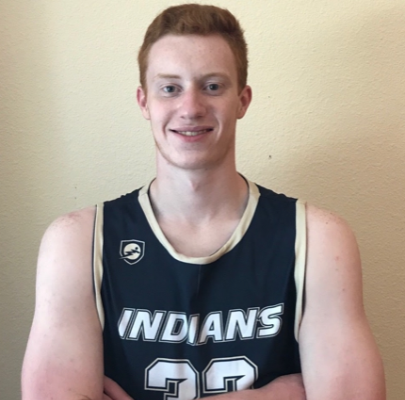 While Arizona's 2018 class of prospects lack a lot of true size, 6-foot-9, 225-pound senior post Barrett Keith recently moved to the state of Arizona via Texas where he attended Keller High School.  Keith now attends AZ Compass Prep in Chandler, Arizona, and is looking to raise his overall college recruitment the second half of this high school season.

Keith began his senior season at Keller HS (TX), but decided to leave the state of Texas after he and his family became very unhappy with the direction of things at the program.  The state of Texas is also absolutely loaded with talent, and, often times, many players go unnoticed by college programs.  Keith now is looking to raise his recruiting stock this spring, just in time for the late signing period.

Currently, Keith has been hearing from a large number of division-I programs, including Wyoming, Colgate, Columbia, Dartmouth, Boston University, LeHigh, Montana State, UMASS Lowell, New Hampshire, St. Francis and Bucknell.  While he has received loads of interest over the past year, he is still looking to receive his first division-I offer.  With so many programs this spring that will be looking for size, Keith should benefit nicely.

Keith is a strong, low-post prospect with a high basketball IQ and a willingness to put his body on opposing players to get a lot done for his team on both ends of the floor.  Keith has excellent physical size and a nice overall offensive skillset that allows him to score inside and out, with a soft touch from the perimeter.

Keith had a very good spring and summer for himself - competing in numerous events and playing very well.  He especially caught my attention this summer while competing in a Pangos event in the summer, where he was among the top overall performers/prospects.
Keith is a serious sleeper prospect for a program looking for a 4-man that enjoys playing inside the paint, and also is able to stretch the defense, as needed.
Keith is also an excellent student and carries a 3.7 CUM GPA, and plans to major in business or sports management in the future.
We will continue to follow Keith's play closely this spring, and bring you any recruiting updates as they continue to develop.
Arizona Hoop Review Scouting Report:  Keith is a bigger low-post prospect that enjoys physical contact, rebounding and defending opposing low-post players - glaring attributes for a low-post prospect.  He is a good low post scorer with nice low-post footwork offensively, a nice jump hook and an understanding of how to use his body to get good inside low-post position.  He also has a soft shooting touch from the perimeter, out to 18 feet, but enjoys mixing it up inside the paint.  He gets to the free-throw line quite often, as a result of his physical approach to the game.  He also runs the floor well and is a good finisher in transition, and also in the half-court set.  Not overly athletic, but he makes up for it with a high basketball IQ.  A good looking low-post prospect, and a very good student-athlete.