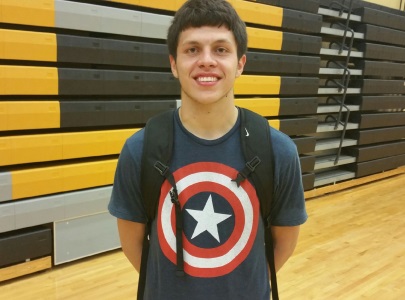 Casa Grande High School is off to a very good start on the season.  Under the new leadership of successful head coach Gino Crump, the Cougars are off to a 7-2 start on the high school season.  With several big wins and several strong performances against good opponents this season, Casa Grande is a program to watch this season.

6-foot-3, 200-pound senior guard Jose Olivarez is one of the better unknown prospects in the state’s senior class, and is soaring well below the recruiting radar this high school season.

Olivarez is a tough, hard-nosed young man with a nice overall skillset for himself.  He is a very good shooter of the basketball with a nice touch and good range on his shot.  Olivarez is a capable scorer off the dribble, but is at his best when catching and shooting the basketball, which he is able to do from almost anywhere on the floor with a quick release on his shot.  He has a good overall feel for the game and is able to make plays for himself or others with the basketball in his hands.

Olivarez is a very good passer of the basketball, when he makes up his mind to get others involved - a very nice asset for him.  He sees the floor and finds cutters running through the lane or in transition.  Capable of playing both guard spots on the floor, Olivarez is at his best from the shooting guard position.  He will need to get quicker with the basketball in his hands to see more time at the lead guard position, and will need to improve his quickness defensively to stay with smaller, quicker guards.

Olivarez has a very good body and strength though at this point in his young career, and so he is a good rebounder and needs to continue to focus in this area of his game, as his size and strength are advantages for him.

This young man thrives in big games and likes to compete against better competition - another nice asset for him.  He also has a strong desire to play college basketball, so this high school season will be big for him in his attempt to gain exposure to college coaches.  The junior college route would be a good move for him to improve his overall skillset as a player, before moving on to a four-year college.  Continued hard work will be vital in his development as a player and progress with college programs.

I will keep a close eye on Olivarez this high school season to see how he continues to develop and progress as a player.  He definitely has the potential to become a good sleeper prospect for the right college program.