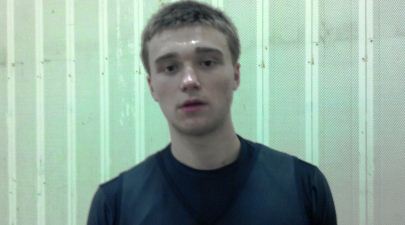 Arizona's 2014 class of prospects may end up being the best class of college prospects ever in the state, as many players in the class already hold numerous scholarship offers.

One of the best prospects in the class is Gilbert Highland High School's 6-foot-6, 215-pound sophomore forward Jake Toolson.  Toolson is coming off a very good sophomore season for himself,  and now currently has three different division-I scholarship offers on the table for himself.

Toolson was on a high school team that struggled this past high school season, as his Highland HS team finished with a 12-13 overall record on the season.  Toolson, however, put up very good overall numbers on the season - averaging 18.4 points and 6.3 rebounds per/game.

Toolson has raised his level of play this spring, while traveling on the club circuit with his club team,  the Arizona Select - a newly developed club team this season and comprised of several players each from the states of Arizona, Utah and Nevada.

I caught up with Toolson recently and he advised me that he currently has 3 different scholarship offers from Boston College, Utah State and UC-Davis.  He is also receiving strong interest already from Arizona State, BYU and Utah.

Toolson is a very nice target in the 2014 class, as a result of his tremendous size and offensive skillset for such a young prospect.  He has a very nice shooting stroke with excellent range and has a good overall feel for the game.

Playing alongside fellow 2014 top-rated post prospect Payton Dastrup has also brought a lot of recruiting attention to Toolson, as many college coaches will be following Dastrup around this off-season, which will continue to raise the attention towards Toolson indirectly.

Toolson has indicated that he is wide-open in his college recruitment, even though he is a member of the Mormon faith.

Arizona Hoop Review Scouting Report:  Toolson is a very nice target in the 2014 class, as a result of his tremendous size and offensive skillset for such a young prospect.  He has a very nice shooting stroke with excellent range and is able to shoot from the standstill position or off the dribble.  He is a good low post scorer as well, but really likes to play on the perimeter where he is able to handle the basketball with a good overall feel for the game.  A good passer that sees the floor.  A good rebounder from the wing position.  A solid defender.  Competes with good work ethic and is a competitor.   Will be among the top recruited prospects in Arizona's sophomore class.  High major prospect.