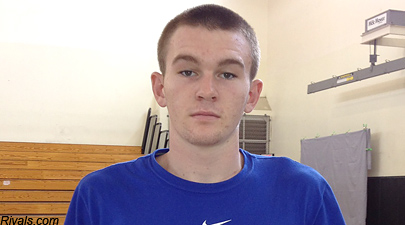 Leading the way for this summer’s rankings at the position is Mesa Mountain View's 6-foot-10, 225-pound rising junior post Payton Dastrup.  Dastrup is a sheer force in the state among post players, and, after a very strong spring performance for himself, Dastrup is now regarded among the top overall prospects in America's 2014 class of prospects - ranking among the top 20 players in the country overall by many scouting services.  Dastrup has already received division-I offers from such programs as Arizona, Arizona State, Cal and Utah, with many more schools looking to offer this summer.  Dastrup is the best individual prospect in the state since Jahii Carson, and has a striking resemblance to a young Nick Collison (NBA-Oklahoma Thunder).

Millennium HS 6-foot-9 rising junior post Elston Jones is another big-time young talent that is receiving strong division-I interest early for himself.  Jones is coming off a very strong sophomore season for himself – leading his Millennium HS team to a 13-12 overall record, and doing his part on the season, averaging a team-high 19 points and 12 rebounds per/game.  He burst onto the national recruiting scene in the fall after a strong performance at the Fullcourt Press Freshman-Sophomore Camp.  Jones is currently hearing from many division-I college programs, including Marquette, Georgetown, San Diego State, San Francisco, UC-Santa Barbara, UC Irvine, UC-Davis, Boise State and Grand Canyon University.  Jones stated that he currently holds offers from San Francisco and UC-Santa Barbara.

Mesa HS 6-foot-11, 215-pound rising junior post Isaac Allen is another high-major division-I prospect at the position.  Allen also has excellent size and length and has already proven that he will be among the top recruited prospects at the position nationally as well.  While he did not have a big sophomore campaign for himself, his junior season should be much stronger.  Allen is a solid rebounder and an active shotblocker and has a good ability to run the floor.  While he still needs to develop his offensive skills, his size and potential as a prospect are glaring.  Allen currently is receiving serious recruiting interest from UCLA, Marquette, Arizona, Arizona State, Notre Dame, UNLV and Texas.

Dastrup, Jones and Allen are each high-major division-I prospects and are all among the elite prospects in Arizona's 2014 class.

Prescott HS 6-foot-10 rising junior post Cameron Gilbert and Sunnyslope 6-foot-9 rising junior post Michael Humphrey are both still projects among the class, but each has developed at their own pace and should continue to grow into possible division-I prospects over time.