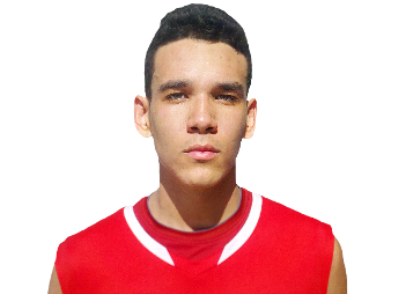 We continue our new Post Summer Player Rankings with our next release – the 2014 class player rankings for shooting guards.  This position is very loaded with some talented prospects, and while there are not many division-I prospects at the position, there are many very good basketball prospects that will play at the Division-II and Division-III levels of college basketball.

Still yet to pick a college for himself, Pickens is being recruited a great deal, and has narrowed his list of possible schools down to Arizona State, Gonzaga, Oregon, Stanford, USC, Oklahoma State and UCLA.  Pickens plans to make his college decision this fall.

Pickens did not particularly have a strong spring or summer evaluation period for himself, and played this summer for one of the nation’s premier Nike-sponsored club programs, the Oakland Soldiers (CA).  Pickens is a big-time basketball prospect for the state of Arizona and will have a monster senior season this year in the state.

Holding on to the #2 spot among shooting guards in the class is Dobson High School’s 6-foot-4 senior shooting guard Kodi Justice (Arizona State commit).  Justice had a very good spring performance for himself, and played consistent throughout the summer as well.  Justice showed a superior ability to shoot the basketball while playing for his well-publicized club program, the Compton Magic (CA).

After an early verbal commitment to the Arizona State Sun Devils and head coach Herb Sendek, Justice burst onto the recruiting scene, although very few people in the Arizona basketball scene had even seen him play.  Justice is a fundamentally sound basketball player with an excellent shooting stroke – a bigger guard with an ability to play both guard positions and a knack for shooting the basketball with range.  While he will not wow anyone with his physical abilities, his understanding and feel for the game are tremendous.

Dobson High School’s 6-foot-4 senior guard Ryan Richardson (Weber State commit) comes in at our #3 spot among the position in the class.  A transfer from Perry High School last season, Richardson has developed a great deal as a college prospect – as much as any player in the state over the past year.  Richardson was a consistent top performer for head coach Rick McConnell last season, and recently gave a verbal commitment to Weber State University.

Catalina Foothills HS 6-foot-4 senior guard Austin Nehls rises to our #4 spot at the position after turning in a superb spring and summer for himself.  Nehls is a talented guard prospects that put up excellent scoring numbers last high school season, and carried that play over into the club season.  Nehls helped lead his club program, the Arizona Magic Pump N’ Run-2014′s, to two big tournament wins this spring, including a tournament championship at the Double Pump Hoop Fest in California.

Talented 6-foot-4 senior guard Roberto Reyes of Gilbert Christian HS is another talented guard prospect that is also receiving serious college interest.  Reyes is as athletic a guard prospect as there is in the state, and his ability to defend several positions on the floor, which makes him valuable to any team.

Flagstaff High School’s 6-foot-1 senior guard Trevor Johnson and 6-foot-4 senior guard Lyrik Shreiner of Glendale HS are each among the most athletic guard prospects in the state, and will have very similar college recruitment.  Johnson and Shreiner are both very talented prospects athletically, and are worthy college prospects with good upside.

6-foot-4 senior guards Will Goff and Remy Smith of Desert Mountain HS, Mesa HS 6-foot senior guard Christian Harris and 6-foot-2 senior guard Romano Bottini of Brophy Prep HS each all had very good spring and summer performances for themselves, and each prospect has proven himself as a definite college prospect.  Each of these four young men could make a rise in the rankings with a strong performance throughout the high school season.

Here are our Post Summer Player Rankings for the shooting guard position in Arizona’s 2014 class.  While we have not seen everyone at the position in the state, these individuals have proven to be the best at the position at this point in time.