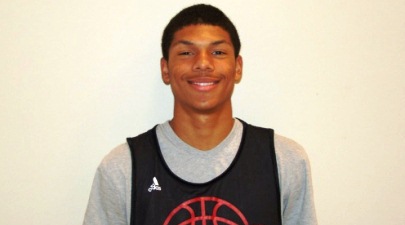 We continue our new Summer Player Rankings with our next release – the 2013 class summer player rankings for shooting guards.  This position is filled with some talented prospects - making it difficult to complete our player rankings this spring.  Unlike the point guard position, there are more division-I prospects at this position for the class and many players that have proven an ability to play collegiately.

Leading the way for this summer’s rankings at the position is Poston Butte High School's 6-foot-3 rising senior guard Jalen Richard.  Richard is a nice success story for this year's rankings, as he was an almost unknown prospect a little over a year ago.  Through hard work on his game and playing very well in each event we saw him, Richard has risen to the occassion and taken over our top spot at the position.  After a very strong junior season and leading his Poston Butte HS team to a big 23-7 season, Richard had a big spring performance on the club circuit as well - generating serious interest from such high major division-I programs as Arizona State.  Richard also received an invite to this summer's Reebok Breakout Camp in Philadelphia, PA after a strong performance at this year's Arizona Reebok Headliner Tryout Camp.

Our #2 prospect in the class, Boulder Creek's 6-foot-3 rising senior guard Josh Braun was our previous #1 shooting guard in the class, but an injury suffered this spring will cause him to miss the summer.  Braun is among the most talented prospects in the state and will look to regain the top spot when he returns to action next season.  Braun already holds a nice list of scholarship offers for himself, and will be an immediate contributor at the next level for the college program he chooses.

Marcos De Niza HS 6-foot-4 rising senior guard prospect Richaud Gittens has made the biggest jump this spring into our player rankings for the position.  Coming off a good junior season, Gittens raised his level of play this spring as amuch as any player in the state.  As a result of his spring performance, Gittens received offers from such schools as Weber State and Idaho State.  A very athletic left-handed performer, Gittens raised enough eyebrows this spring with his play to make a significant jump in our player rankings.

Two players that could see their stock continue to rise this summer are a pair of 6-3 rising senior guards - Devin White of Marcos De Niza HS and Chris Miller of Greenway HS.  Both prospects had very good junior season for their respective teams.  White also had a good performance this spring, but I look for him to have a much bigger impact this summer.  Miller had a much stronger high school season for himself, but was up and down this spring on the club circuit.  Look for Miller also to have a strong summer showing for himself.

Here are our Spring Player Rankings for the shooting guard position in Arizona’s 2013 class.  While we have not seen everyone at the position in the state, these individuals have proven to be the best at the position at this point in time.